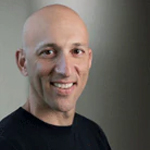 Since Oracle Database 12c, a very nice and highly varied set of features have been added to the PL/SQL language. Given the pressure on developers’ time and attention, it can be hard to keep with these new features, especially given how robust PL/SQL has been for years, and how stable are the applications built with it. This presentation makes attendees aware of new possibilities for PL/SQL development, with benefits ranging from runtime performance improvements to improved coding productivity. Steven will cover the following: 18c Qualified expressions for collections and records; PL/Scope now includes SQL statements in its analysis; Whitelisting with the ACCESSIBLE_BY Clause; More PL/SQL-Only Data Types Cross PL/SQL-to-SQL Interface; Optimizing Function Execution in SQL; The UTL_CALL_STACK Package; Privileges/Access Management for Program Units; Static Expressions In Place of Literals; Marking elements for deprecation.

Meet the Speaker:
Steven Feuerstein is an expert on the Oracle PL/SQL language, having written ten books on PL/SQL, including Oracle PL/SQL Programming and Oracle PL/SQL Best Practices (all published by O’Reilly Media). Steven has been developing software since 1980, spent five years with Oracle back in the “old days” (1987-1992), and was PL/SQL Evangelist for Quest Software (and then Dell) from January 2001 to February 2014 – at which point he returned joyfully to Oracle Corporation. He was one of the original Oracle ACE Directors and writes regularly for Oracle Magazine, which named him the PL/SQL Developer of the Year in both 2002 and 2006. He is also the first recipient of ODTUG’s Lifetime Achievement Award (2009). He now leads a team of Developer Advocates at Oracle.